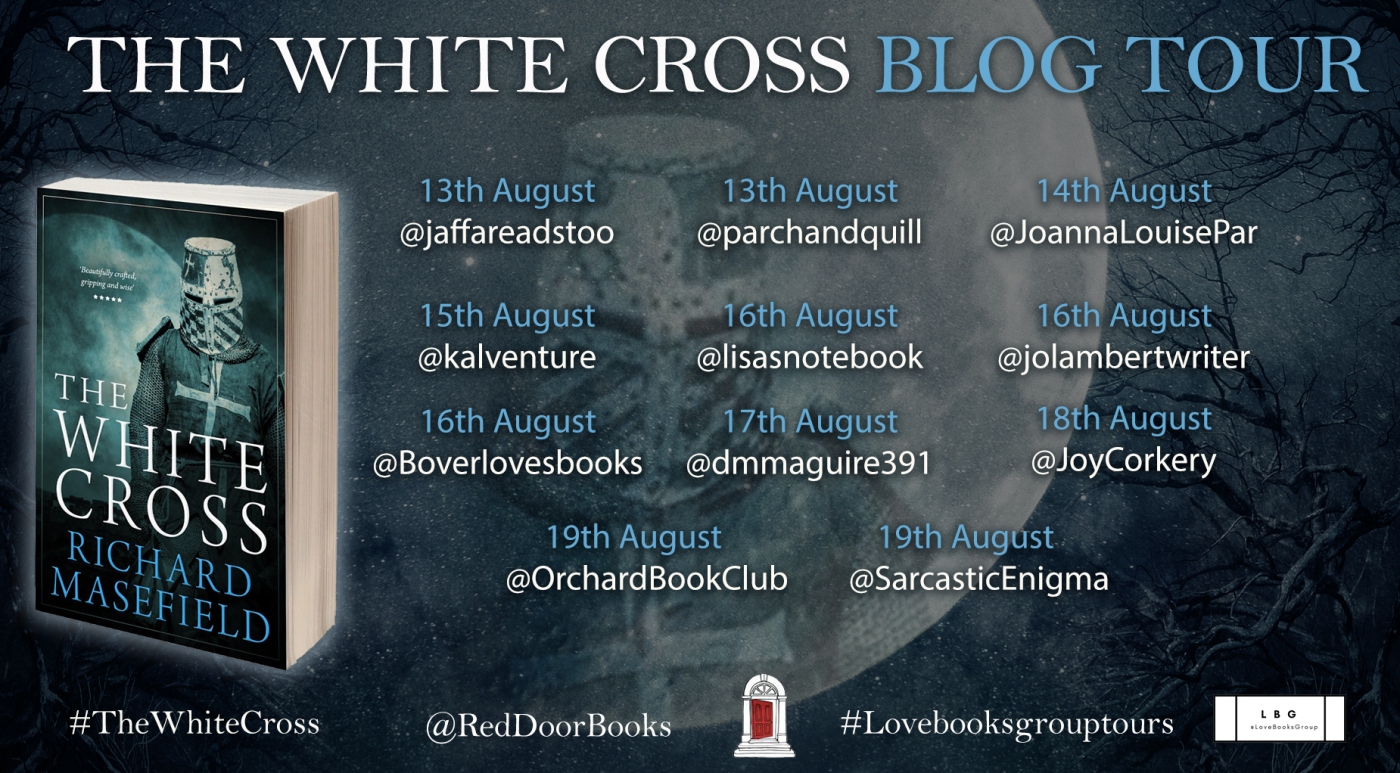 ‘A knight who isn’t skilled in arms can count for nothing in this world, remember that. It is your destiny to fight.’

With the words of his dead father ringing in his ears, Sir Garon leaves his new wife, Elise, and their green domain of Haddertun for blood and dust and disillusionment in Palestine. Meanwhile at home Elise is forced to fight for her survival and her honour in the brutal man’s world that is twelfth century England.

Set against the backdrop of the Third Crusade and a villainous King Richard, The White Cross is an epic tale that shines a fresh light on timeless issues of morality and faith and the futility of war.

The White Cross is a thought-provoking medieval story following a mix of historical figures and some characters of the authors imagination throughout the entirety of the Third Crusade.

I have been given the go-ahead by the tour operator, Love Books Group, to organise a giveaway competition for a copy of The White Cross to one lucky winner. If you want to enter the giveaway please follow this link. The giveaway will be open for one month, closing on the 13th September at midnight. 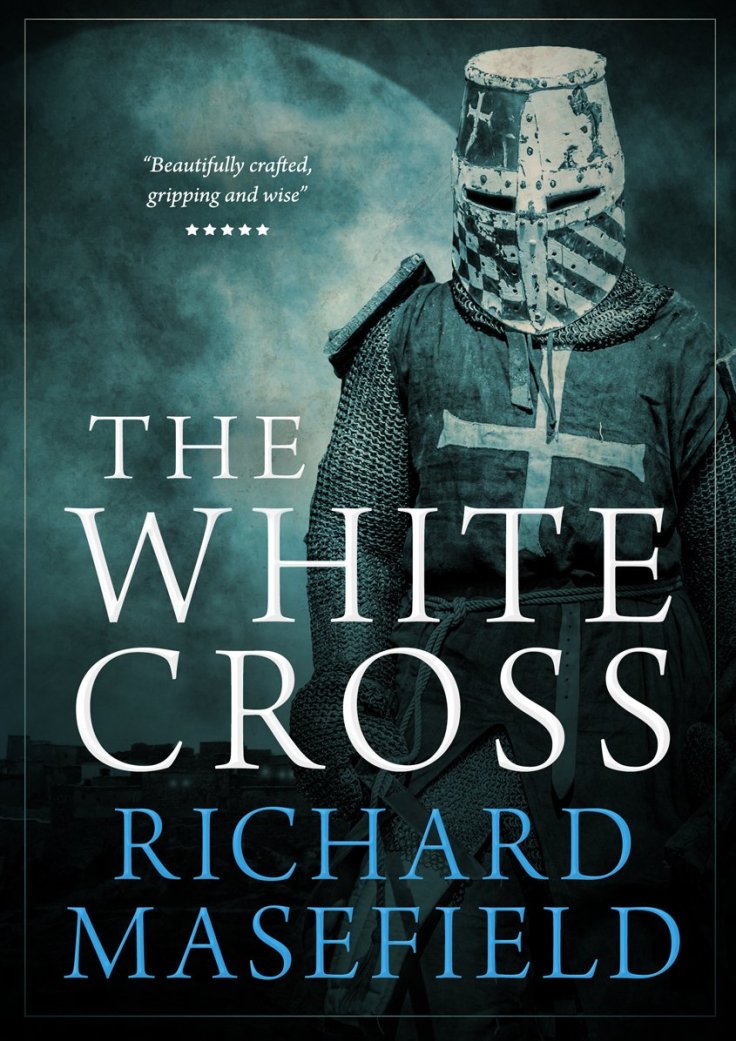 Starting this book, considering what I know of the Third Crusade, I expected blood, violence and brutality. I got all of those things and much more which I didn’t expect. Instead of the pure brutality of war I got to read about a character as he realised the truth about bloodshed and how he plans to live his life with this new outlook.

The narrative jumps from character to character with each new chapter, and sometimes in the middle of a chapter, with each character given their own font. This is an approach I haven’t seen before in a multi-POV story, I found it helped me distinguish between the characters, although it took me a while to remember which font belonged to which character.

The narrative is broken up slightly with occasional sections of historical facts, or rather facts as the chroniclers of the Third Crusade show them. These sections give you the wider picture of the crusade as it effects the smaller characters the reader follows through the narrative.

There is a strong message from about a third of the way through the novel until the end about the realities of war, particularly the Third Crusade. A realisation that the crusade wasn’t aimed to save Jerusalem from the ‘infidels’ as the Muslims were commonly known as during the novel, but really just an attempt to expand the empire headed by King Richard I at the time. As the one of the main characters, Sir Garon, comes to realise this it has a strong effect on his personality. A change that almost had me liking his character towards the final chapters.

Alongside the story of Sir Garon you will read about his wife, Elise, as she is left to fend for herself to run Hadderton as Lady of the Manor. You will see her grow from an unsure young woman to a strong character to be proud of.

You will also read from the point of view of a couple of people who exist in our history books, namely King Richard I, Saladin and Archbishop Baldwin of Canterbury. These chapters loosely follow the history books, with some twists added for embellishment.

Overall I would say this book is not an easy read, expect to have your thoughts on who the hero and villain of the Third Crusade were challenged at every corner. I promise you will finish the book with a completely different mindset.