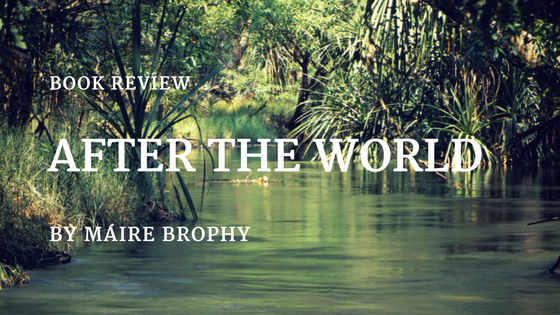 Hello everyone and welcome to my latest book review. Today’s book is called After The World by Máire Brophy. A little while ago I hosted the cover reveal for this short novel, you can read my post here. Now, I was lucky enough to receive an ARC ebook to review before the release date on Tuesday 8th May.

After the war is lost, all that remains is to survive. And when you know what you’ve done, you can’t hope for anything more.
Bereft in a hostile world, an orc general struggles to come to terms with his role in the destruction of his people. Running and hiding from the humans and elves that hunt him down, he searches for other orc survivors.
When two human wizards finally pin him down in an abandoned orcish mountain fortress, he must use his wits and cunning to prevail, redeeming himself and the magic of his people. (Taken from Amazon).

When I came across this book on Facebook it immediately reminded me of a line of comments describing what would happen if an Uruk-Hai from Lord of the Rings abandoned the army to live with the Ents. It was entertaining and really made me think, most stories including Orc (or Orcish species) tend to portray them rather 2 dimensional. All they care about is taking over the world or doing the bidding of their slave masters. I found myself craving a different aspect of their lives. Not a month after coming to this realisation I found After The World, a story which follows the life of an Orc after his race lost the war.

This short novel is told entirely from the Orc’s point of view. Note I am not actually using his name, as we aren’t told it. His identity is alluded to a few times throughout the story but nothing is confirmed. Máire writes her story from a very limited perspective, we are only shown parts of the orc’s life as he deems important to consider. This would mean we would get plenty of detail from an orc in his prime, but our orc has seen battle, bloodshed and loss. He seems to blame himself for losing the war and it has affected him mentally, so we have an unreliable narrator throughout the novel. It makes for a very interesting read, especially after the plot starts to pick up.

Personally I believe that he has PTSD. As far as I am aware his symptoms would fit (I don’t claim to be an expert on the disorder so I may be wrong). Throughout the novel you start to find yourself caring for the orc, which you never get with their standard portrayal. The orc is alone for a fair chunk of the novel so when you eventually read of a relationship between the orc and someone else it is a welcome change of pace. I don’t want to risk spoiling anything by telling you about this other character but suffice it to say that you won’t expect it. The relationship definitely adds a layer to the orc personality that you haven’t seen before.

Overall I rather enjoyed this novel, it surprised me by showing a vastly different aspect of orcs that I’ve never seen before. Máire Brophy’s writing style takes you through the story seamlessly and the world she has created feels familiar yet completely alien at the same time. I love it. My only negative? It’s too short, I feel like there is more she could have explored. Maybe she will do this in a sequel?